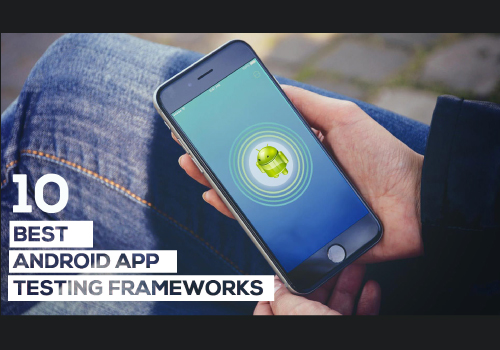 As you might know, there is a remarkable increase in the number of Android App Testing Services in recent years. The increase of Smartphone users is one of the reasons for this. As users need quality apps, publishers have to rely on testing services to meet their business goals.

Let’s have a look

Mobile Testing Framework is popularly known as MTF. It’s a brilliant framework for Android App Testing Services. You can use this tool to automate GUI tests for iPad/iPhone and android apps. Since this tool is much like the automation tool Sikuli you can interact with the user interface more easily. The python scripts and screenshots enable you to do so.

Android App Testing from any language and any test framework is possible with this open source framework. Complete access to back – end APIs from test code is a striking feature of this tool. As it‘s compatible with both Android and iOS apps, you can write tests with PHP, Objective- C, Java, Ruby, Python, etc.

Calabash is an amazing tool which helps you to write and execute reception tests of android apps. As it is a cross – platform you can use it for testing both iPhone and android apps. Popular testing company, Xamarin is developing it and provides technical assistance as well. Pre – defined libraries of this tool facilitates smooth response of test- code with local and hybrid apps. This interaction process may include numerous end- user actions.

Jasmine core framework is the striking feature of Titanium – Jasmine framework. As it provides Pivotal’s Jasmine as the core testing framework, you can easily test your apps using this tool. You can run Jasmine tests on your android phone owing to Jasmine – Titanium mobile collaboration. Precise testing of android apps is possible because of the simple testing framework of this tool.

Error free A/B testing of your android app is possible with this tool. This A/B testing framework helps you to accommodate a lot of mobile users with minimal servers.  Switchboard divides your users without fail. As user division is based on UUID, you will experience uninterrupted testing across sessions.

A dominant” app inspector”, commonly known as Symbiote is a smart feature of the Frank tool. You can utilize this tool to know about the current status of your running app. With Frank, you can do acceptance test / structured test as per your requirement and execute them against your android app. Cucumber tool enables you to do so.

As Flip Test permits you to do A/B tests on android apps, you don’t have to re-submit your app in the App Stores. You just need to add a single line of code to your android app .So, Flip Test enables even inexperienced developers to develop and monitor A/B tests. With Flip tool, coding is not essential.

Catjs is a brilliant framework for Android App Testing Services.  As this tool enables the applications test themselves, your testing will become easier. No other framework is offering such an innovative technology. The testing process includes several automated functional tests. Annotations will be added to your HTML5 code on each phase of functional testing.

YSO Mobile Security Framework is an amazing full suite open source app testing tool. To be precise, this is an automated pen- testing framework. Testing companies can utilize this tool for static and dynamic analysis of android apps.

Usually testers have to use several tools for performing pen testing and it needs strenuous effort and time. But this intelligent tool makes pen testing easier and saves your time as well. You can make use of this framework for the quick and proficient analysis of android app source code.

So, keep in mind all these 10 Android App Testing frameworks for publishing effective and bug free apps