What is Compatibility Testing with Example

#1) Forward testing makes sure that the application is compatible with updates or newer mobile operating system versions.
#2) Backward testing checks whether the mobile app has been developed for the latest versions of an environment also work perfectly with the older version. The behavior of the new hardware/software has been matched against the behavior of the old hardware/software.

Compatibility type of testing can be performed on operating systems, databases, systems software, browsers, and mobile applications. The mobile app testing is performed across various platforms, devices, and networks.
Process of Compatibility Testing
The compatibility test is conducted under different hardware and software application conditions, where the computing environment is important, as the software product created must work in a real-time environment without any errors or bugs.
Some of the main computing environments are the operating systems, hardware peripherals, browsers, database content, computing capacity, and other related system software if any.
The Initial Phases of Conducting Compatibility Testing are as follows: 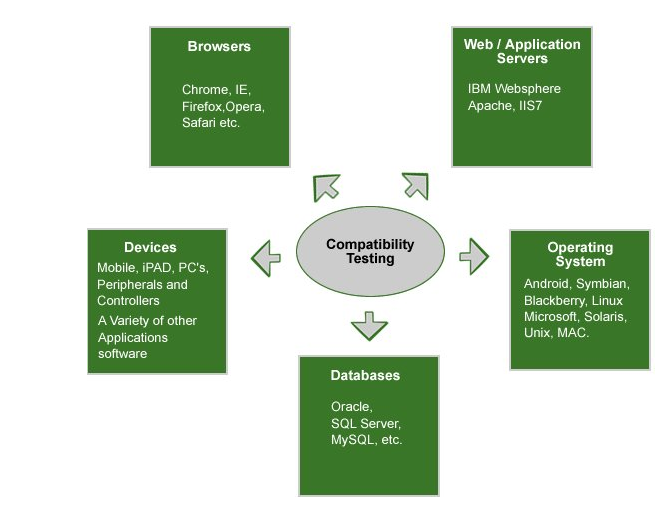 How to do Compatibility Testing
Have a clear idea about the platform the app will be working on
The person and team involved in the process must have good platform knowledge
Set up the environment and before the actual test do a trial run.
Report the issues properly and make sure that it has been rectified. If you are finding new bugs make sure that after the rectification old fix is working fine.
Tools For Compatibility Testing 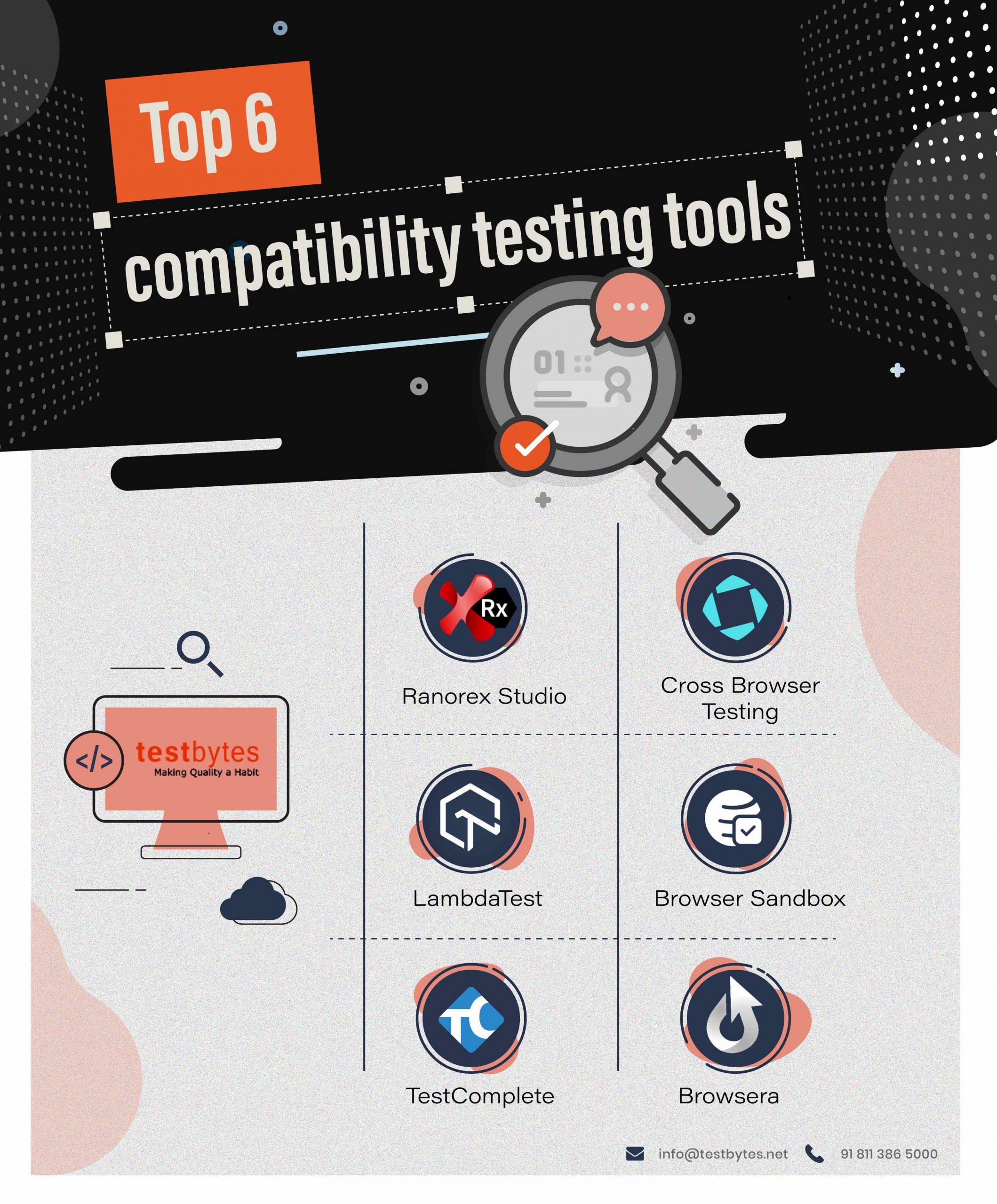 Tools make the process much easier. Major tools used in the industry include,

Conclusion
The main intention behind performing testing is to make sure that the software is working fine in any kind of platform/software/configuration/browsers/hardware etc.
Performing testing compatibility will reduce the gross error of the software. Thus this comparatively inexpensive process is a boon to ensure that your product is a success. 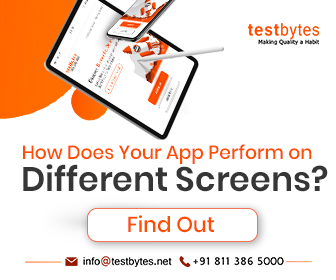 There are some most common defects which can be found in the mobile application by the compatibility tester; Differences in the UI with respect to appearance and feel, issues with font size and alignment, concern with respect to Scroll Bar and marked changes in CSS style and color, issues like broken tables or frames, etc.
Testbytes overcome challenges associated with this testing like system integration, app distribution management, performance and security, platform, OS, and device integration, and physical characteristics of mobile devices, etc. and offers comprehensive mobile app testing services.

What is compatibility testing in software testing?

Compatibility testing is a kind of software testing used as a validation process to ensure that the intended software is working fine across platforms as per the requirement document.

What is Forward compatibility testing?

It's kind of compatibility testing that will ensure that the developed software has the ability to work well with the future versions of platforms it's been deployed on.

What is Backward compatibility testing?

Backward compatibility testing is used to make sure that a developed software can perform well in the backward version of the OS it's deployed on.

How to do Compatibility Testing?

Set up the environment and before the actual test do a trial run.

Report the issues properly and make sure that it has been rectified. If you are finding new bugs make sure that after the rectification old fix is working fine.

What are the Tools for Compatibility Testing?