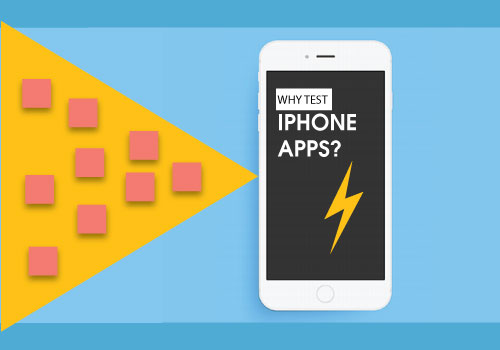 iPhone App developing is different from developing App for Android OS. As Google is considerably more open, you can submit Apps to the Google Play store freely, while Apple follows strict rules for approving an App. This could prevent you from iOS app developing.

In fact, Apple sticks to such guidelines in order to provide quality apps to the users.

There is no use if you are planning to utilize third – party API that worked well with Android versions. Apple might not approve it. Most of the mobile app developers find it enough reason to stop the tiring process of developing for iOS.

Why should you create Apps for iOS?

We can’t ignore the fact that it is a cumbersome process to gain the approval of iTunes store. But at the same time there are some advantages for developing for iOS platform when compared to Android. The most striking advantage is the absence of fragmentation of devices and OS versions. The App Testing and developing is easier owing to these reasons.

Some Aspects on Fragmentation

Fragmentation is not a big problem because of the closed nature of iOS. Anyway, when it comes to testing some work must be done in this sector. At present Apple has many supported devices. Therefore you have to test more devices other than iPhone. Though there are variations in screen resolution and aspect ratio the iTouch and iPad have access to iTunes store as their iPhone counterpart.

The generations of processors, memory and storage space is different across gadgets. It is important to test these aspects. Unlike iOS, other mobile platforms use emulators for testing. Like that, you may use the same. For your information, emulators can only show you how an app will respond on a gadget. In a real iOS device battery life, processing power, memory allocated will be different from that of an emulator.

The submission and approval process is strenuous for Apple App Store. Their process and guidelines change from time to time. If you don’t meet their requirements, your approval will get delayed.

It is important to check the requirements, before developing and particularly before you start your application. This is because to ensure that your app is practicable on the iTunes marketplace. Keep in mind, if your app just target a particular market overlooking other markets, Apple will probably reject your app proposal.

There are some advantages owing to these stringent quality regulations for approval. In any market, users give primary importance to privacy and security. Suppose an app collects users information without their permission, Apple will definitely reject their app. Therefore developers must go through App Review Guidelines before developing an app.

There are separate guidelines for iOS and Mac.

Some Aspects on Beta Testing

An App Distribution Guide will be provided to you by Apple. During Beta Testing you have to use this guide. You ought to create an Ad Hoc profile in order to distribute the Beta version of your app. Xcode is an exclusive development IDE for iOS apps, the latter process will permit beta users to use your app without accessing Xcode.