What is Volume Testing? Why is it essential in Software Testing? (Tutorial)

Volume testing allows one to put the system under the stress of thousands and millions of data files and check them further to working in a perfect working position.

It increases the data load drastically and checks for the efficient work points or the areas that require utmost attention or improvement.
Volume testing le the developer aims to have a tough, efficient, and cost elective software which makes volume testing in the field of software development and maintenance so important.
Typical performance test or the load testing cycle usually is the combination of both volume testing and the performance tuning that ensure in turn that the system is working the international benchmark system of the working. 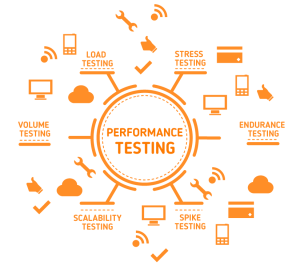 What is Volume Testing?

Volume testing is a type of testing which is software based where the software is subject to the stress of huge volume of data, this type of testing is also known as flood testing.
This is basically done to do an analysis of the system performance by increasing data in the given database volume.
This is used for the study of response time impact and the system behavior that can be studied when it is exposed to a high volume of data.
Let us take an example of testing the music site behavior it gives access to millions of users to download songs from the library of thousands of available songs.

What are the benefits of Volume Testing?

What does Volume Testing include?

Testing software volume offers the in-depth testing of the performance let us see what are the procedural steps involved in the volume testing. 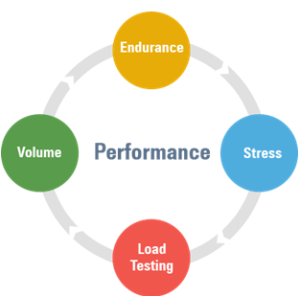 Why should Volume Testing require to be conducted?

Flood testing or volume testing as described is aimed to validate and counter check some of the parameters as well as provide the personified benefits for the software usage.

Let us see some of the benefits of conducting the flood test.

As the name suggests volume testing is focused on the testing and identifying the basic capacity of the system or the given application in use.
It also provides the required information on whether the given software or the program is normal or of very high volume.

Storage requirement and capabilities of the system or a given application needs to be tested hence volume testing comes in the picture.
It works n the basis of identifying the tuning issues that are present in the software to prevent a system from reaching requires service level agreement.
This is known as volume targets. So we can say that volume testing provide the right in-depth tuning solution and the services.

Volume testing minimizes the risk which is associated along with the degradation of the performance, also the possibilities of the breakdowns or failures of under loads which are secondary due to increased pressure n the database.
It looks after the system operations and performance and discovers the bottleneck issues and provides the solutions and recommendations to resolve the outcome in the form of error.

Along with the given information about the changes in the system application and its performance is the valuable parameter in the IT industry to check for the efficacy under stress of high data volume.
This also helps in the improvement of the structural component and the infrastructural architect which can be provided through the result of volume testing.
This provides detailed explained information for the best possible results.

System response time is the important parameter to keep a check upon in the software development and working of its applications.
System response time is known as the time lag between the time taken for the system to display the results and the system receiving the data.
For the successful outcome, this has to be on the minimum side o the scale.
For this volume testing provide best and efficient service in ni time. This is also useful in conditions in which the data input are usually very large.

Along with the above-described points, another important purpose of volume testing is to ensure that all the given data infused for the purpose of the test to be considered is not lost.
This also allows a correct finding of system efficiency without causing any of the harm to the data.

Volume testing also ensures that the given data is stored in the correct location in the appropriate manner.
This point becomes important because if the data will be stored properly then only the stored data can provide reliable and accurate data result.

Key features of the Volume Testing

As in the software the data requirement is generally in huge amount which is sometimes self-generated or by manual.
When the data is auto-generated this allows the prevention of excessive expenditure which in turn makes the software development more cost-efficient.

As we all know that the main aim of the testing is to check for the performance irregularities and even illogical data among all can provide inputs and the best part of it is that it will not interfere with the testing and can be used for increasing the volume also.

As the influx increases, the quality of the software decreases with time.
This makes the application to decline in its function and deteriorates in functionality.
This can be prevented by performing volume testing on time.
Volume testing belongs to non-functional tests related to volume stress and the load that is usually performed to analyze the performance of the system by in turn increasing the data volume.
This volume can be anything ranging from the size of the data at various locations or it could be just a simple file that is needed to be tested.
If someone wishes to test the application or the system with a given specific limit size of the database then testing also requires having that type of setting to check for the performance.

Moreover, volume testing is also used to test the behavior at the site when there are more than thousands of objects which are available under one category.

What are the objectives of volume testing?

Keeping these objectives in mind let the developer or tester have a system that can meet the required expectation.

Let us see some of the examples of the volume testing

We have to understand all the activities to be performed are in real time and should be ultimately focused on the activities which are performance-based.
This may including all things like file opening, creation of the file, and finally, the processing of the data.
If a developer wants to test the application with the database of a given determined size then the corresponding database should be increased in volume by adding more data in the database until the targets are reached.

What are the best practices to perform volume testing?