Unit tests are great! they help in regression testing, checking code quality, etc. But they are often discarded to speed up the SDLC. But the cost has often proved to be hefty.  What if we say that there are best practices that can take care of the issue?

In order to help you with the process, Let’s have a look at some effective Unit Testing Best Practices

What is Unit Testing?

A Unit testing basically covers every small functionality of your software. It verifies the behavior of one component of your software which is independent of other parts. In Unit Testing there are basically three parts : 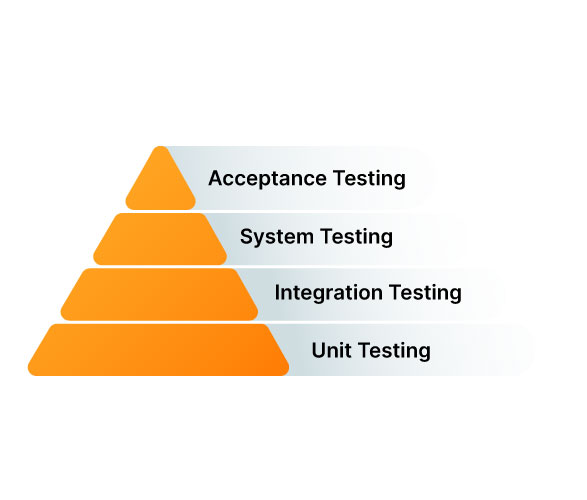 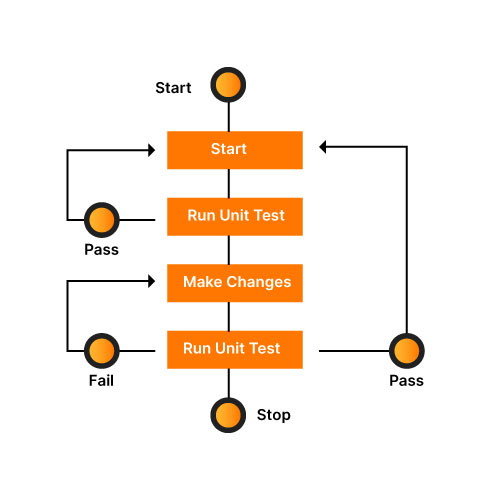 While you are writing unit tests, it is very important that you write your tests in such a way that should follow unit-testing best practices. Let’s look at them in detail.

If that would not be the case then any change in behavior of one test case would affect multiple tests. You can achieve this by following one simple rule “Don’t try to add unnecessary assertions.”

You should have assertions that match the specific behavior of an application. They should be isolated and can be run in isolation and should not have dependencies on other outside factors.

The scenario checks the addition of zero to a number. Multiplication functionality assertions should not be covered in this test step.

The unit tests are designed by developers so that they can repeatedly run them so as to ensure that no bugs are introduced in the application.

So, developers have to make use of best coding practices so that the time of execution can be decreased exponentially.

The unit test is a bad test code. The execution will be slow as we are not using the stream concept which increases the execution speed of the code exponentially.

Usage of stream in unit test code is a very good practice. It increases the speed of execution.

A unit test should be readable and clear. You should get to know the story of the functionality which that unit test is going to test.

It should properly show “the scenario it is testing” and if the test is going to fail, then you should clear idea that why is it failing.

You should be able to address the problem in no time. The test cases should not be too complex and they should be well structured so as to increase the readability of the tests.

You should have a logical name for every variable and test case. This name should show the operation and functionality you are testing.

Every test and variable can’t have a fancy name or an irrelevant name. You can’t have a name like “Show Logical Exception” for a variable or a test. This name doesn’t have a meaning attached to it.

You should treat your tests with the same care as you treat your production tests. You should incorporate good designing techniques in your framework which is used for testing.

For example, there should be low coupling between test code and production one. You should remove dead code to increase the test efficiency.

You should manage the memory well along with time efficiency. A good code base will make your re-factoring and maintenance very much easier in the later stage.

While, if you will have a bad suit then that would make your life more worsen when you find your code not adaptable to change.

Unit tests should fail when there is some bug in the system. They should not fail unless there is no bug.

But sometimes, Developers encounter such situations where the tests fail even when there is no bug.

Sometimes when you run a single test then it passed while if you run it in the unit test suite then that test case fails. Sometimes, tests are migrated to a continuous integration server, the tests start failing.

This suggests that there is some design flaw in the system. Good unit tests should be independent of external factors which can be the environment or machine on which the tests are running.

Some of the unit test coding reactions you can adopt are test-driven development, mutation testing,  or behavior-driven programming. It also helps in understanding the code better and hence improving test code.

Some effective unit testing good practices that we follow 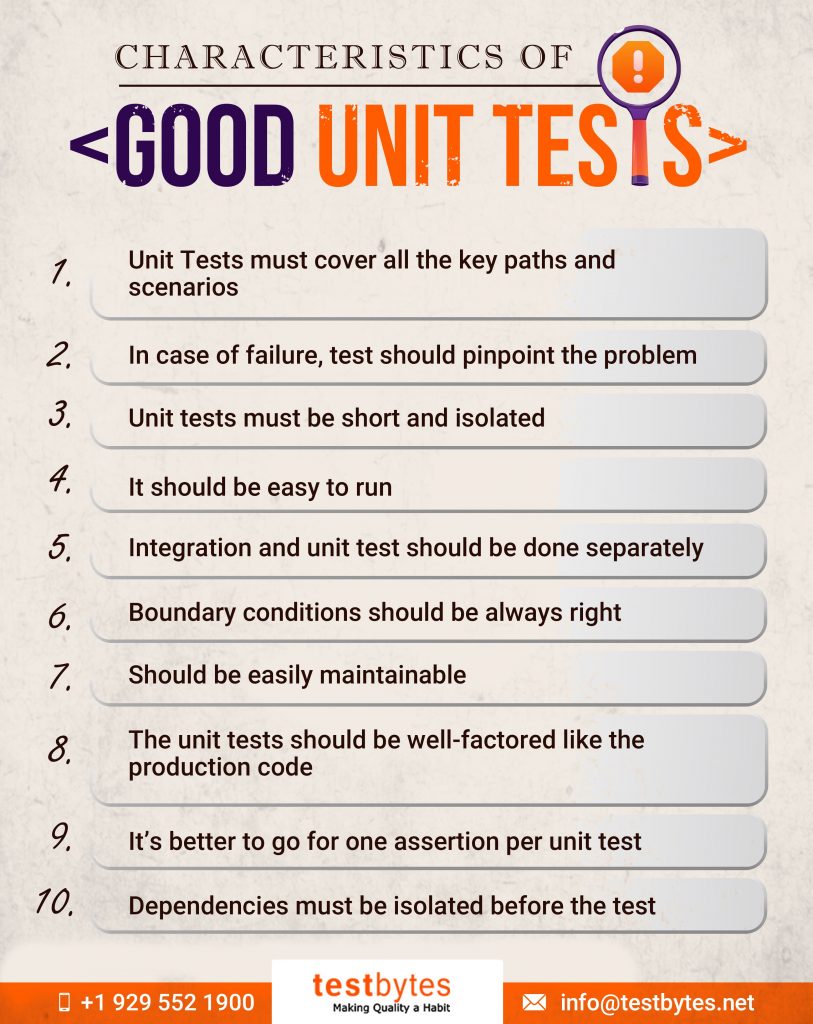 Though automated unit testing may sound challenging. But it is for no doubt ensures quick feedback, more test coverage, better performance, etc. It in short helps in in-depth testing and gives better results.

8. Focus on Single Use-Case at a Time

Another good practice of unit test coding is to test a single-use case at one time to verify its behaviors against the expected output.

9. Keep it Unit, Not Integration

Sometimes unknowingly we tend to shift our focus from unit testing to integration testing. Including more external factors and thus making it difficult to isolate issues and also increasing the production time. And hence we should ensure that unit testing is compulsory unit testing.

Unit testing focuses on single units and hence making it possible to get 100% code coverage. Always focus on covering 100% code to get a better quality product. Automation testing is a good way to ensure it.

But you should not go beyond the limits to attain 100% coverage, 60% to 80% is good code coverage as integration testing can cover the remaining code.

Headless Testing does not involve a Graphical User Interface (GUI). In unit testing, using browsers without UI makes testing faster as it does not require loading the UI.

Unit tests are mostly considered a burden especially in a team where teams members are working on multiple projects at a time. in this kind of scenario, automation can help a lot. Just make sure that the tests are accessible, maintainable and readable, and self-contained.

Hope you will put our suggestion for unit testing best practices to better use. Together, let’s make sure that quality remains a habit.