code coverage vs test coverage. How do they differ?

So, Code Coverage vs Test Coverage how do they differ? Let’s have a look

Wish to know the difference between smoke testing and sanity testing?

Why is Code Coverage Required? 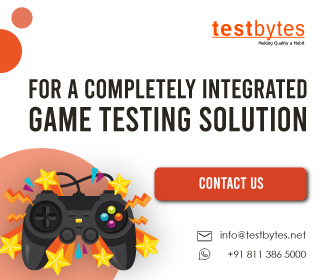 After the reason for the necessity of the code coverage is discussed, next comes the methods to carry out software testing. Here are the five broadly classified methods or coverages that come under code coverage.
Methods of Carrying out the Code Coverage

Statement coverage covers the entire source code and gives out what is not executed. This turns out to be very advantageous to the developers as they can remove all the drawbacks of the application codes.
Statement coverage helps to remove the possible drawbacks of the application code which includes all the dead codes which are the piece of code that calculates the results, but the results are never utilized. These codes are a wastage of space and hence are supposed to be removed.

Now, one might be confused as to which method should be chosen for the task that would prove the most efficient one. This decision is made on many criteria. Some of the criteria include the number of defects permissible or the probability of errors arising. Another one would be the cost that is involved in the software testing type.
Though the main decision of choosing the method is dependent on the number of defects or loss of sale that can occur. The higher is the number of defects probable, the lower would be the chances of using that specific coverage for the software testing.
What are the Advantages of Using Code Coverage?
After reading the information above, it is normal to have confusion regarding why anyone should choose code coverage over any other coverage. Here, the advantages provided by the code coverage is mentioned below:

But just like every coin, even code coverage comes with its own set of limitations and disadvantages.
How to get 100% code coverage?

What is path coverage in software testing?
Test cases that can be put to use to test linearly independent paths in a software system.  in the short, the control flow of an application will be tested in the path coverage process.  Testers have to look into each individual line of code that plays its part in a particular module to make sure that there is no issues.
What are the Disadvantages of Code Coverage?

What are the Advantages of Test Coverage?
Test coverage provides some special features that prove advantageous for the developers. 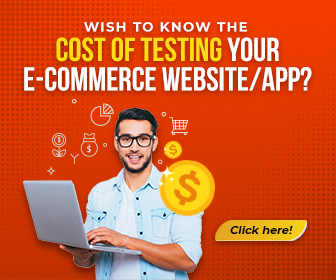 Tools used of Code Coverage
There are several tools available in the market to check code coverage. These include both open-source and paid tools. Most of these tools can also be integrated with the build and project management tools for better results. While selecting a code coverage is important to check the features it offers along with its integration with other tools used by your team.
Some of the popular code coverage tools are:

It is an open-source code coverage tool for python. It records the codes that are executed as part of the testing and gives the result in percentage. It can be used to measure how much of the code is tested per test cycle. It also reports out the part of the code that could have been executed but was not. This helps to plan the testing activities better for the next cycle.

It is mainly a UAT (User Acceptance Testing) tool that also provides code coverage options. It allows you to write epics, sub-epics, and stories for each code path and user behavior. The results generate from Serenity BDD contain much more details than just code coverage. Another advantage is that it can easily integrate with several other popular tools like Appium, Sauce Labs, Jenkins, Jira, and more.

JaCoCo, Java Code Coverage, is an actively maintained code coverage tool that became popular after EMMA and Cobertura were retired. It can be easily integrated with Maven, Gradle, Jenkins, Visual Studio among others to get an understanding of the java code coverage during the testing.

It boasts itself as the gold standard in test and code coverage. While most code coverage tools only tell you what lines of codes were executed and the ones that were missed, PITest also uses mutation testing and helps your code to find more bugs also. PITestt modifies the actual code to run unit tests on it and thus helps in finding issues as well.

It was developed by FirstPartners.net and is used the check the code coverage for Junit tests. It gives you a clear understanding of the part of the code that was executed and the part that was missed. It generates a color code report which is very easy to interpret even by non-technical people.
Tools used for Test Coverage
Unlike code coverage, test coverage can not be quantified. Test coverage mostly refers to the coverage with respect to the functionality or module and not the code. Many times you may need to write some code to analyze your code coverage. There are some code frameworks that can help you with your test coverage.