7 Types of Regression Testing Methods You Should Know

It is common for companies to introduce minor changes from time to time in their products.
However, introducing these changes affect the application in numerous ways such as its functionality, performance, bugs, etc.
Therefore, it is important to keep the testing process on whether the software is present in the market or a small change has been introduced.
Conducting this type of testing is known as regression testing.

What is Regression Testing?

Regression testing is a technique that is carried out by implementing units of code repeatedly so as to ensure that the constant code modifications are not impacting the system’s functionality. 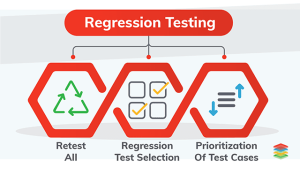 These modifications can be done in numerous forms such as bug fixes, functionality, integrations, patches, etc.
While, there are many software developers who strongly believe that there is no need to retest a product unless there are some complications arising in its functionality, but that does not hold true in all cases.
Conducting regression testing can act as a real blessing as there are no chances of facing unexpected surprises.

While the basic aim behind conducting regression testing is to identify bugs that might have got developed due to the changes introduced, conducting this test benefits in a number of ways such as:

There are a number of ways in which this testing can be done. However, this depends on factors such as the type of changes introduced, bugs fixed, etc.
Some of the common types of regression testing include:
1) Corrective Regression Testing:
This type of testing is used when there are no changes introduced in the product’s specification. Moreover, the already existing test cases can be easily reused to conduct the desired test.
2) Retest-all Regression Testing:
This type of testing is very tedious and tends to waste a lot of time.
The strategy involves the testing of all aspects of a particular product as well as reusing all test cases even where the changes/modifications have not been made.
This type of testing is not at all advisable when there is a small change, that has been introduced in the existing product.

Also Read : Top 25 Software Testing Companies to Look Out For in 2018 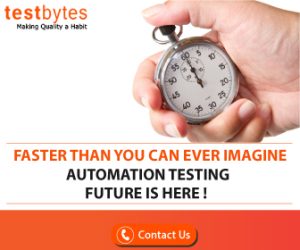 It is important to make sure that the type of regression testing that needs to be conducted is selected appropriately.
This depends on various factors such as areas of recurrent defects, the criticality of the features, etc.
But, what remains on the priority is ensuring that the software delivers the best functionality and proves to be a beneficial addition to the industry.

In such a dynamic software field and heaving AGILE methodology; you will have to constantly upgrade your product to meet the latest demands of the users.
To assure that these changes do not affect the existing working of your software, it becomes mandatory to carry out regression testing.
Regression testing can help you eliminate a lot of threats that are linked with software updates.

When to carry out Regression Testing?

You can conduct this testing at any level of testing be it Unit, Integration, System, or Acceptance, but it is more appropriate to conduct it during system testing.

The Extent of Regression Testing.

Should you rerun the test cases on the full code?
Though a full regression test is desirable, but it does take a lot of time. And when you are short of time, it is suggested to do an impact analysis of the changes.
Recognize the area that has the highest probability of being affected by the changes. And you can then conduct your regression tests for that particular code.

Difference between Regression Testing and Retesting

Are you confused between retesting and regression? The fact is that both are entirely different.
While Regression testing ensures that any update made on the code does not affect the existing functionality, whereas Retesting, is carried out when test cases find some defects in the code.
And when those defects are fixed, the tests are done again to check whether the issues are resolved.
Retesting is to ensure whether the defects are resolved, whereas regression testing detects probable defects caused because of the changes done in the code.

How to choose Test cases?

In Test Case prioritization, order test cases in a way to maximize early fault detection.
You can select your test cases based on the following conditions:

You can carry out this testing as per your requirements. Here are the various techniques you can leverage for regression testing.

#1) Retest all:
In Retest all you have to rerun all the test cases in your test suite.
This technique is more expensive and more time consuming as compared to other techniques of regression testing.
#2) Regression Test Selections:
Keeping in mind the code change in the module, in Test selection technique you have to select test cases from your test suits that you have to carry out your regression testing on.
#3) Test Case Prioritization:
Based on the importance of functionalities, you need to prioritize the test cases into the top, medium and low priority.
These test cases are then run based on priority.
#4) Hybrid:
It is a mixture of Test case Prioritization and Regression test selection.

How to Perform Regression Testing? 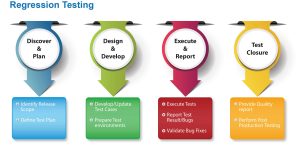