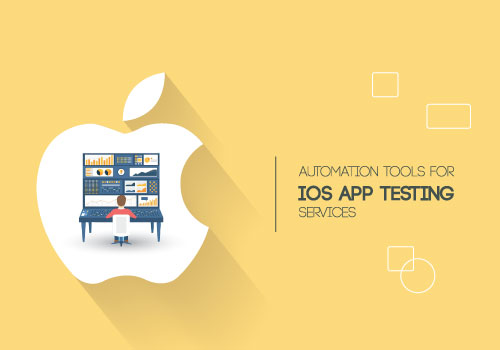 Unlike Android app testing, iOS App Testing is different and more complex. Testing services use many tools to tackle the set of challenges.

XCTest is provided by Apple. You can use this framework for unit testing. You can write and run your tests easily with this tool owing to its good interaction with the IDE. Even doing TDD workflow is much easier with XCTest.

You might have heard of OCUnit tool. It was used to perform unit testing prior to iOS 6. OCUnit has now become obsolete and XCTest is the recommended tool ever since the Xcode 5.

UI Automation is an Apple sanctioned way of performing iOS functional testing. You might be familiar with typical functional tests or black-box tests. In such tests you’ve to write code that simulates an end user navigating your app, in fact you’re doing a kind of UI Automation there.

You have to use instruments to utilize UI Automation. For example, tools that come with Xcode can be used for this purpose.

Since UI Automation is lightly documented, there is chance for experiencing technical problems. As there is not much of a community around it, you are devoid of technical support as well.

If new versions of XCODE are launched, Apple may provide updates to UI Automation. In the event, apple doesn’t give you technical support; you can rely on third party ways to test your iOS code.

OCmock is a popular iOS app testing tool. As it as an efficient tool, you can use it for stubbing out and making mock objects of stuff. For instance, it works like a code that leverages in a remote API.

There are codes that relies on a User Interface (UI), you can utilize OCmock tool for such codes. It’s not easy for you to represent yourself like UI objects.

KIF is an amazing tool for iOS App Testing Services. It can be used as an alternative to UI Automation.

It’s an open source and third party tool as well.

As you write tests in UI Automation, this tool also enables you to write tests somewhat in the similar fashion.

KIF depends on accessibility labels much similar to UI Automation. Since you are allowed to define your application, you can design your app that is accessible for visually impaired persons as well. Instructions for using the app can be prompted through audio queues.

FBSnapshotTestCase helps you to verify your UI code by performing visual diffs between saved screenshots. Facebook has created this brilliant tool and maintained by them as well.

Unlike taking the full screenshot of the device, Snapshot tool helps you to do in a more granular level. It enables you to choose UI view for widgets on the screen. Additionally, you are able to separate snapshot test case into UI view subclass. This is a useful feature when compared to the normal kind of simulated click and play used in UI Automation.

Frank tool permits you to build acceptance tests utilizing Cucumber<. You can do end- to- end testing in iOS with this tool.

Since it acts like an adaptor connecting your app to Cucumber, Frank helps you to run BDD tests for your iOS app.

You will get step- by- step recipe from the Cucumber recipes book (Test iOS using Frank), that would be a great help for you.

We highly recommend these amazing tools for iOS App Testing Services, as it is successfully used by experienced engineers to automate their own projects.