The What, Why and How of Mobile Game Testing [Overview] 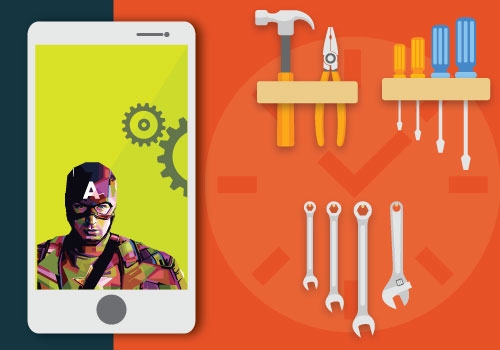 What is Game Testing?

Game testing is similar to a software testing process and is done for quality control of video games. The primary objective behind game testing is the detection and documentation of bugs in the game codes. A game tester needs key skills such as programming expertise, advanced problem-solving ability, a keen eye for detail and patience.

Why is it so Important?

Right from the point your prototype video game is out after production, the testing phase begins. The game developer’s role becomes reliant upon the requirements and suggestions supplied by the game tester. The job responsibilities for a game tester are mainly divided into two sections: Firstly, detection and reporting of the game defects, and then helping with its analysis and verification.

A gamer downloads your game on the first impression that it gives- either the description was so catchy or maybe there was a new irresistible element or a new way of approach being offered in your game. Once the gamer has decided to give it a try, an observant critic is also shaped within. If your game doesn’t keep the gamers spirits high as promised, it is definitely going to get thrown out. Besides uninstalling, maybe the user could give you negative ratings and reviews. So it is important that your game is tested rigorously.

With increasing number of mobile games being developed all over the world, the standards are going up continuously. There is no limit to the choices that a gamer can make. In order to compete and thrive in the market, you should take up the struggle of delivering the best possible quality products.

A good mobile game tester should also be a good mobile game player. They can use their experience in gaming to envision the perspective of other players, thus being able to rate the game better, and decide what’s best for its success.

Read Also: Is Testing Important for the Mobile Gaming Industry?

What is the Difference between Game Testing and a Regular Application Testing?

You can play a game and find out bugs, even if you are not an expert, unlike app testing but to reign over the industry, professional knowledge is inevitable. Untrained testers are just part of testing the alpha and beta releases and open user testing, which supplements the end phase testing. A game tester should master the discipline of testing in general, but at the same time should also have expertise in game testing as a separate stream.

Though there are similarities in the methods and procedures of mobile game and mobile app testing, the motives and goals behind testing both are entirely different. Mobile game testing must include both manual and automation processes. General categorization will involve the black and white box testing.

White box testing: White box testing is strictly the opposite of black box testing in terms of its role. The method here is used to test the appropriateness and efficiency of the internal structural elements of the game. The importance lies on testing the architectural and integration features.

Functional testing: This is undoubtedly the most common form of game testing performed. Mostly done manually, it requires you to play the game during the test process. A game tester should have a sound knowledge of game programming and game environments in order to discover the discrepancies associated with the performance. Automation is also a viable possibility in several areas of functional testing.

Game performance varies with the device interfaces in use. An extensive testing including all the popular mobile devices is important in confirming the success of your game among a wider audience. Poorly performing games doesn’t guarantee fluid experience for its users. Performance testing encompasses multiplayer testing, memory consumption testing, maximum load support testing etc. These tests can be automated with the help of test script simulations or real-world content.

Compatibility testing: Compatibility testing is done to test whether the game is compatible with the various device platforms and configurations. It is commonly done in two sections during the early and late beta time period of the game to reduce cost. Nevertheless, it is advised that you carry out the testing during the whole phases of development since this provides better insights into the compatibility issues that have crept within, if any.

Localization testing: This kind of testing is only applicable if your games are developed targeting the global market or other language users. Text in games such as titles, instructions etc. should be translated, reviewed and corrected by employing localized testers who have mastery over the local language where it is to be released. These tests are also done automatically but testers should be employed to proofread to ensure the accuracy and quality of the text.

Regression testing: Every time you make a change in your mobile game, another type of testing needs to be done, namely regression testing. Regression testing is really important where a client-server interaction is present and continuous changes are put into effect. Developers must confirm that these changes don’t interfere with the normal working of the game. Regression tests are only done as an automated testing.

You May Also Like: 5 Types of Testing to Make Your Mobile Apps User Friendly

Some key areas to focus in game testing

During game testing you must make sure that the following areas are covered under your testing methods.

An appealing user interface is the first thing any mobile game should focus on since it is from this that the user gets the first impression about the game. It directly determines the success of your game. Even when your game upholds a great idea with effective responses, if it fails to deliver a clean and sturdy UI, the game will have a hard time hitting the mark.

The functionality testing checks from elements such as the ones you find in the pop-down menus, confirmation messages and other functions such as time-out and sorting.

Graphics Performance: Graphics testing should bound testing game performance over a large number of real devices and noting the respective abnormalities. Battery consumption needs to be optimum over long hours and game responses should be satisfactory under heavy loads across all the different devices. This test helps to determine your potential game responses when working on a real device platform.

Usability, User Experience and Fun-factor: Usability and user experience testing are common to all kinds of application testing. What makes game testing different is the fun-factor testing. The motive behind playing game is purely for entertainment reasons. Therefore your games are expected to provide entertainment along with great user experience.

Assessing fun-factor needs some aesthetic sense and critical thinking. Entertainment is delivered only if all other aspects of the game work together correctly and it takes good effort to accomplish. A loading lag or frequent interruptions can badly affect the user’s experience.

Multi-Player Games: Nowadays, numerous games are multi-player oriented and includes features that promote team play. These teams may include real or virtual characters. Testing multi-player features are more challenging than testing single-player elements. In multi-player games, connectivity to the server and synchronization of game status are two new important areas that need to be addressed. There are a number of issues that demands attention with respect to multi-player gaming.

Security Risks: Third party codes are often used to support the general functions in a game during mobile game development to reduce the work load. But these codes can compromise security and allow data breach. Identification and rectification of open source component vulnerabilities are necessary for a risk-free gaming experience.

Maintaining Balance: Creating a balance throughout the entire game is unavoidable for its logical integrity. There should be balance in the different levels of the game. For example, levels should be arranged in increasing order of difficulty or there should be opportunities to unlock more powers in the upper levels. Ensuring balance requires knowledge of the entire game design.

Levels in the Game: In game level testing, each of the levels in your game is tested for any working problem. This is a complex and time-consuming process especially if the world is vast and 3 dimensional. Complexity increases proportionately with increase in the levels. There are automation tools available where tester bots are allowed to roam randomly throughout the world and thereby any world level defects are detected.

AI for Game Opponents: Artificial intelligence refers to the computer-controlled counterparts in your games. This is a complicated task and it requires the tester to understand what activates the system for a particular response. Chess is a typical example where an artificially intelligent counterpart is employed.

Physics Engines: Real-time physics engines are widely used in games, especially in 3-dimensional video games to simulate the physical phenomenon, interactions and dynamics of physical entities. The simulation needs to be only approximate which gives a perceptually real representation of an object or a movement rather than being physically accurate. A bullet shot or a combat should show the likeness of a real world happening.

Nowadays, soft body dynamics and fluid dynamics are used in games to give effect to clothes, leaves, fluid motion and the like apart from using rigid body dynamics for objects like rocks and building. Testers working with physics engines must have a basic idea of the physical attributes of different objects and the various dynamics in the physical world.

Realistic Games: With the progress in various mobile device performance delivered by high power processors and better quality graphics hardware, video games now tends towards being more of real-world representations. Racing games features models of original cars and there are other games where characters are more life-like with minute details given to even the movement of hair.

Apart from graphics quality, realism is achieved by providing the right perceptional approximations, cause and effect relationship, right emotional expressions to characters etc.

Mobile gaming testing is a vast area, and as mobile gaming becomes more mainstream, proper testing can make or break your fortune. So, try to find the right game testers for your mobile gaming app.