Is Testing Important for the Mobile Gaming Industry? 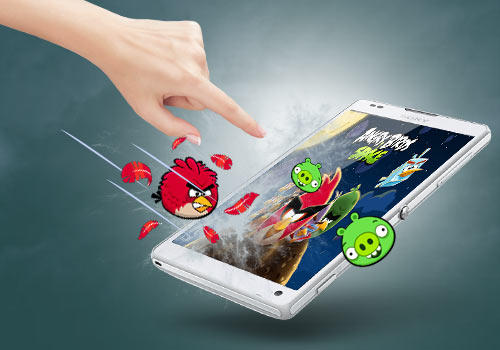 Gaming is a highly popular field which is always booming. It is a billion dollar industry that hardly sees a recession. Constant new efforts are always being taken to capitalize in this industry. There is much scope for profit and fame here.

But Game Testing seems to be an area that doesn’t experience the same growth. Does that mean it’s not that important for the industry? In order to understand, let’s take a look at the factors that are influenced by game testing.
Consumer Experience
The main part about gaming is consumer experience. With good user experience, a game will thrive. There are millions of games on the App store and Play Store. To be a winner among this tight competition requires a whole lot of patience and dedication. With so many games hitting the market on a daily basis, you need to be different to stand out and make your mark.
Addictive puzzles and complex levels are no more enough to keep the users addicted to your game and recommend it to friends. If the game does not work as the users expect, they will be quick enough to uninstall the game and move over to another one. Moreover, they may even give you a poor review or ratings, which could mar your image. This is where mobile testing comes in to the picture.

Recommended Read: 5 Things You Shouldn’t Miss While Testing a Game

Efficiency
A good Game Tester is required to test your games for efficiency apart from user experience. It requires several rounds of thorough testing to declare a game fit for release out to the public. Though it may sound simple and easy, that is not the case.
A survey by Forbes has stated that 80% of smartphone users have admitted to having played a game on their device, whereas 46% play games on a daily basis. According to this report, 65% of the time a user spends online is on a tablet or a smartphone. 32% of this time goes in playing games. So, you can see that games have an important part in every smartphone user’s life.
Mobile games are different from console based games. Mobile game developers do not usually get extended periods of testing. If a user finds too many bugs in it or is unhappy with the features, he is likely to delete it. Once deleted, there are very few chances for the user to download a newer version the next time it releases. The first impression is the one and only hope you have in this case. Effective Mobile Application Testing is required to make this impression a good and lasting one.
Bug Weeding
No matter how great your game is, without a good amount of QA or Mobile Testing you may not get the deserved reviews. Bugs are the most prominent issues. Great games with lots of bugs reduce all the greatness of the concept. The users are unable to play it smoothly making your game a failure.
A game developer may not always realise the issues with his own games. Game Testers have the job of picking out the bugs and glitches in the game that have been missed out by the developers.

Conclusion
When you look at the influence of mobile game testing, it is clear that mobile app testing is not just important but vital for the industry. Mobile Testing Services are available for effective testing of your games. High level testing by the most prominent testing companies has produced amazing results to benefit game developers.

A good quality game that is seamless and free of bugs is sure to be loved by the users. So, look out for the best Mobile Testing Services to test your games before releasing out in to the App Store. This will help you get good reviews and make it big!