What is the Optimum Software Developer to Software Tester Ratio?

How many testers are required to test a product? This seems like the start of a comedy, yet it’s a serious question. Quality assurance is an essential job, especially in today’s age of “release early, release frequently.”

People look for quality in every piece of art they come across. Quality has also invaded the realm of software development, where it is critical to properly test the software system at various stages of testing. Nowadays, competition is fierce and the frequency of changes in platforms and business needs is also significant. So, for a programme to be reliable and useful in the long term, it must be supported and updated depending on current requirements. 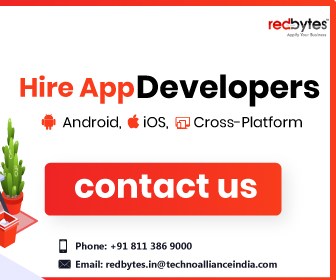 Software testing is one of the major tasks undertaken at every firm to deliver value and quality, as well as to assure the marketability of software products.

A variety of things influence what a decent tester-developer ratio should be. Consider whether you are working on cutting-edge technology or a legacy product, your team members’ ability and experience, and the release cadence you are required to maintain. The reality is that there are several ratios that may be used, but each has advantages and disadvantages.

Why should you employ a developer-to-tester Ratio?

These questions can aid in determining the testing process’ balance and efficacy. It may be better to utilise the developer-to-tester ratio as a matric to alter the testing process and workload in a test organisation rather than to estimate staffing levels before making team sizing decisions based only on numbers of people.

When you have developers who don’t know much about testing and testers who don’t know much about development, the 1:1 ratio is ideal. A developer and tester team can collaborate to deploy a new feature, and since they are both so focused on that one item, they may be able to uncover and solve all of the flaws. The developer, on the other hand, is unlikely to contribute to any test automation, and the tester is likely to be the only one who understands how to run and repair the automation. This means that if the feature is ever developed further, the tester will become a bottleneck, slowing down the job.

This ratio is appropriate for a feature that requires both front-end and back-end development. The tester may be in charge of testing the integration of the front and back ends. These three, like the 1:1 ratio, will become the feature’s specialists. However, this might lead to silos, making it impossible for someone else to come in later in the project and assist with the task.

2 Testers: A team of Developers

This is a pretty regular occurrence. The testers can split the tales to be tested based on their skill set and availability. If both testers are competent and organised, they should be able to keep up with both manual and automated testing. They can also trade features to determine if one tester missed an issue discovered by the other. This ratio, however, can occasionally result in bottlenecks when a product requires extensive testing or when one tester is on vacation.

In this case, the tester takes on the role of “quality coach.” They are not in charge of all of the testing or test automation. They advise and coach developers on what should be tested and automated. Quality is thus owned by the entire team. When the tester is unavailable, the developers can fill the void by making test plans and checking each other’s work. Because developers contribute to and assist maintain the automated tests, test automation is never a bottleneck.

Some may squirm at the thought, but a team of highly skilled software engineers is capable of performing all of their own testing. To be successful, developers must grasp the value of exploratory testing and how to design test strategies. They must understand what kind of tests should be automated and they must commit to maintaining their test code with the same care that they do for their production code.

Although they will do preliminary testing on their own features, they will also form “test buddy” pairings in which one developer will act as the tester for the work of another developer.

They will have two sets of eyes on each feature and will be more likely to catch bugs this way. These ratios all share a few characteristics. First and foremost, at least one member of the team must be an expert in testing. These abilities are required to locate elusive bugs.

Following that, effective communication skills are required. There is no “throwing software over the wall to be tested.” Instead, testers and developers collaborate. Finally, there is the willingness to work as part of a team. Both testers and developers must be willing to step up and perform testing duties, whether or not it is part of their allocated function. When all three of these elements are present on a team, any of these ratios can lead to success.

The tester-to-developer ratio varies slightly depending on estimated costs. The cost estimation is primarily determined by the type of firm client; it will differ for various service providers, such as healthcare, e-commerce, the automation industry, and so on.

The effort calculator plays an important role for the estimation of cost as well as the ratio of the tester to developer because it depends upon the complexity and efforts used for the particular product. The time consumed by the product also plays a key role.

Read Also: Salary of Developer vs Tester : Who Earns More?

To roughly estimate the number of testers required for future projects, the ratio of testers to developers on previous projects in a well-known domain can be utilised in conjunction with a study of impacts on the relative number of testers vs. developers. When details about the functioning and features of the proposed project are unknown, or when a rapid estimate is required but a wide margin of error is allowed, this technique is most helpful.

The developer-to-tester ratio varies greatly amongst companies. The term “industry average” may not even be a reasonable starting point. This measure may be more useful in enhancing your testing procedure than in hiring your team. With the correct mix of people, tools, and procedures, you can execute effective testing even in high-ratio circumstances.

The balance also varies based on the company’s present stage. In the early stages of a software startup, the focus is on prototyping, hacking, and generating tested minimum viable products rather than production level development. When the entire workforce is less than five full-time equivalents, they may do without a specialised software quality assurance department and spread the load of testing their programme between themselves and their early customers/ testers.

It is difficult to explain the tester-to-developer ratio because each company’s position and requirements are unique and dependent on their needs. basically the ratio is dependent upon the complexity of a particular product, and no interface is established to give an accurate number for the ratio. Testbyte proposed a cost calculator that is useful for everything related to software development and testing, providing cost estimation, tester-to-developer ration, and total time required to complete the product or task.

In conclusion, estimating testing based on ratios of testing to development workers is a problem that cannot be solved and any organisation that is presented with such a solution should seriously consider its validity.