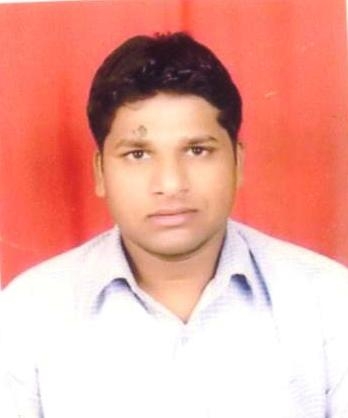 "If you fail to safe guard user data, there is a high chance that it can be stolen or manipulated"

Sachin Randive is a seasoned Test lead proffessional with 10 years of experience in the software testing industry. He has worked with various organisation and has worked on 140+ mobile app projects over his glorious career.

– UAT has always been crucial and the most important activity in a testing lifecycle.  The most astounding benefit of UAT is that apart from measuring performance it can be also used to monitor the human interaction level or the engagement level of an app.  Talking about users, in a usual case, the app will be used by many people ranging from technical experts to people who don’t have an idea about how an app works. UAT can be used as a validation tool to make sure that an app has met its requirement specification and can be easily used any kind of users
Answering the second part, yes! “Experience” helps a lot in UAT. To be precise, you need experienced testers to carry out user testing smoothly. So it’s a combined process where user and the tester are equally important.

2.  Security threats are increasing day by day Unfortunately app development is not focusing that much on security. On the other hand, even OS is releasing security patches as a safety precaution. Do you think app development companies should give much more focus on security?

Users are the king and it is important to ensure that their data is secure in your app database. If you fail to safeguard user’s precious data, there is a high chance that it can be stolen or manipulated, injected with a virus or cloned to create a doppelganger of your app. ultimately you may end up wasting all your resources spent in development and end up ruining your business reputation. Thus app development companies should give more focus on security

3. Apps are now being deployed globally aiming at the market all over the world.

Owing to the same do you think crowdsource testing should be put to practice more or will it gain momentum in the future?

-True. We can also say that this is a current trend and future prospect of the mobile app market deploying globally for the world’s customers. Having already seen a huge growth in the crowdsourcing sector, it’s clear that the future holds even bigger and better possibilities for crowd testers.

4. When it comes to mobile app compatibility, developers would like to get feedback from testers since testers are more used to various Oss. As a seasoned tester, what advice would you like to give them?

An ideal condition for healthy app development would be
Developers and testers working together, Seamless communication between testers and developers and testers included in the very first of the project itself
When it comes to developing the compatibility factor of a mobile app,
Developers should always rely on testers inputs without hesitation and developers should ask for their feedback as much as possible because
1. Testers spend more time testing entire product so they have an added advantage of knowing the product better
2. Testers deal the app from a customer perspective. So they are in a better position in understanding the fitment of the product and the market

5. Since testers are used to various types of apps in a particular domain, do you think they can give proper advice to app developers regarding what will work and what won’t? If so don’t you think testers also need to perform the competitive analysis?

-Yes, testers can give proper advice to developers regarding what will work and what won’t. Talking about competitive analysis, there is no doubt that testers should perform the task of competitive analysis during their testing activities. The competitive analysis not only gives the amount of knowledge about the similar products in the market but also helps in identifying the strengths & weakness of our product