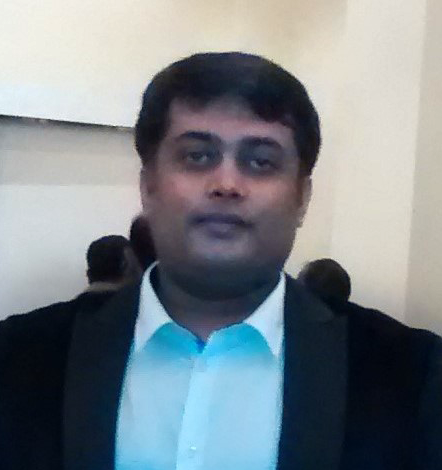 "we need to understand that everything cannot be automated and we have to gauge which Test Cases can be automated."

Sanjay Varghese has been a part of software testing industry for quite some time. He has worked with many renowned organisation and has tested many complex software in his career span

1) Cybersecurity testing is intensifying. How can a software testing company leverage this situation?

As we are moving to a world that’s shrinking due to the Internet as more and more number of people are digitally connected than ever.
The conventional way of paying utility and other bills have been taken over by digital payment where the user can pay his or her bills at his ease.
This has made our life easy, but with such conveniences, there are challenges such as hacking, phishing, etc. where the users’ vital information is stolen for many malpractices.
This is where the Cybersecurity companies have a vast opportunity of testing the applications and systems for Cyber Security.

2) cross-functional collaboration has become a necessity. Those who are not part of it is in peril. Do you agree? Is it hard to find testers who can keep up with DevOps?

Cross-functional collaboration becomes really important reason being the importance of various departments required to work in unison for a product to be market-ready in minimum TAT (Turn Around Time)
Let us take an example from Software Testing where the maximum effort is to make sure that the best quality product is released in the market, to achieve this the Software Testers have to work in Unison with the dev, Deployment.
Once the QA team has prepared the TestCases  they need to share it with Dev team so that Dev team can be sure that the product they are building is correct (Are we building the Product right ?: Verification)
The world is eventually moving to the DevOps and its just some years down the line that there will be very little to No Automation testers and everything will be taken care of by DevOps.
Automation Testing will become a subset of DevOps.
Yes, it’s hard now to find testers who can keep up with the DevOps, But for sure top pyramid of Automation testers will be there into Devops and in coming future, there will for sure more DevOps personnel available.

3) Every organization has high hopes for automated QA but fails to do achieve so? what would be the reason?

We need to first understand where Automation Testing comes into the picture. Automation Testing is done on an application that is stable and is done to make  regression testing easier. Why it is not done just after the first screen is ready is because there might be many changes that might come in the future and thus creating scripts on changing windows will make a lot of effort for the maintenance of scripts.
Also, we need to understand that everything cannot be automated and we have to gauge which Test Cases can be automated.
If an organization wants to have its regular daily activities to be automated then Robotic Process Automation (RPA) is way forward. Due to RPA, many organizations have been able to automate their day to day activities and thus were able to save costs incurred otherwise. Also due to RPA, there had been an improvement in the quality of work delivered.

The best way according to me is

5) Websites that do not have super-fast loading speed, supreme accessibility and efficient interface are discarded by the public. owing to the same, do you this is the golden era of usability testing? if it is, what’s the best and effective way to perform the process?