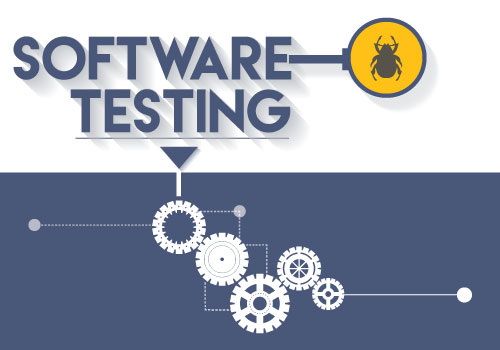 “Testing is an infinite process of comparing the invisible to the ambiguous in order to avoid the unthinkable happening to the anonymous.” –James Bach
Testing plays a vital role in software development. In every company, testing is an important and valuable stage in the Software Development Life Cycle. Techniques used for software testing differ from one company to another. Software testing is not an easy task. Each and every day there will be challenges in coding as well as decoding.

Read Also:  An Overview on Types of Software Testing

Software testing has now become a part of programming so that the developers are able to rectify errors right from the beginning stage. It is a stage where the developers find bugs in the software and make the software bug free.
Improve Your Software
The role of testing in software development begins with improved reliability, quality and performance of the software. It assists a developer to check out whether the software is performing the right way and to assure that software is not performing what it is not supposed to do.

Testing can be done in two ways: manual testing and automated testing. Manual testing is done by human testers who check codes and bugs in software manually. On the other hand, automated testing is the process of using computer programs to execute a system.
Automated testing requires special software such as LoadRunner and WinRunner. There are several tools available for software testing in the internet. It is essential to assure that each unit works as desired. If bugs are found at the initial level, the developer can create an accurate and reliable software.
Benefits Of Software Testing
When testing is introduced in the early stage, the cost of fixing the bug can be reduced. Cost of fixing the bug becomes larger when a bug is not found at the right time.
Quality assurance
Quality plays a vital role in today’s competitive world. Hence a software tester plays key role in Software Development Life Cycle for producing quality products.
Testing will be necessary for making the software defect free. Defects can be identified and rectified. Automated testing offers a great help to create defect free software.
Testing forms an integral part in the Software Development Life Cycle for improving consistency and performance of software. Testing stages have a lot of significance in software development life cycle as it is having a great part in executing and fault rectification.
Software testing services help the developer to know the difference between actual and expected outcome which help to improve quality of product.
Helps to avoid dangerous situations
Without proper testing, produced software can be dangerous to the users. They will be confused and lose credibility towards that particular software.
A good and effective software testing helps to improve security. Authentication and validation are the main aim of software testing services. Basically, a software testing helps not only to discover defects in software, but also its configuration. Through testing, developers are able to determine the reliability of the software.

Any product can be turned into a strong and consistent product with the help of testing in software development. Accurate and consistent testing make the business successful and builds goodwill for the company.

In today’s competitive world, it is essential for every business to do exceptionally well for being successful. In such cases, software testing can be of great help. Indirectly testing increases the standard of the organization.