The Pros & Cons of Automated Testing 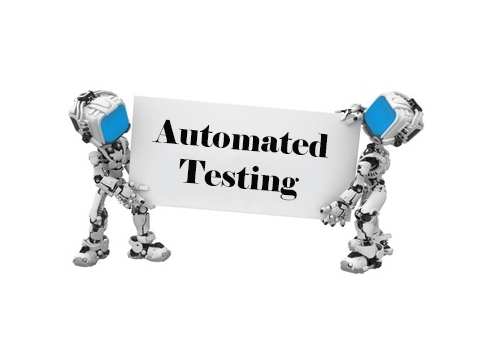 Software testing is an evaluation process to identify any differences that exist between the desired output and actual output. Testing is in fact a quality control process for software. Great testing will enable the developers to iron out the chinks in software, thus assuring the quality of the product. Automated testing is the most effective and efficient way to provide software testing.

What Is Automated Testing?

Automated Testing is the process by which automated testing tools are used to find differences between desired output and actual output by running a set of pre-defined actions. If there are no differences between expectations and outcome, then your project would be bug free. However, if there is a mismatch, then your developer will have to take a look at the code, make corrections and run repeated tests until the desired outcome is obtained.

What are its Pros?

Once Automated Testing is in place, you will be able to use tests repeatedly. No more filling out the same information. Everything is taken care of automatically. Hence tests can be run at a fast pace repeatedly and the risk of human error is minimized, making it more effective.

One of the biggest benefits of employing Automated Testing is its ability to save time. This is particularly true in the case of regression testing, which is retesting done after some changes have been incorporated to previously tested software. All the scripts associated with the changes are required to run. But in the case of manual testing, time constraints can make testers skip some tests, which lead to undiscovered issues with the software.  Automated tests, on the other hand, can be run at nights. This provides additional time to the tester, who will be able to focus more on areas that cannot be automated.

Automation tools maybe costly. But if you are getting them for long term, they are an investment. They can find defects faster and therefore can do a lot more than a human can in a given period of time. This allows your development team to react quickly and saves you a lot of time and money. Are you a small company who still wants to enjoy the benefits of Automated Testing? Then, you should probably try out Independent testing.

The test results of a particular project by a single tester are not easily accessible to others in the team. With Automated Testing, anyone interested can see the test results by just signing into the testing system. This results in a better final product.

Does It Have Any Cons?

Expensive: As mentioned earlier. Automated Testing can be expensive for smaller companies with smaller projects. However, such companies can depend on Independent testing companies such as Testbytes.

Automated tools, while being faster and precise, have some limitations compared to Manual Testing. For one, they just do what they are programmed to do. Hence they cannot replace manual testing.

In short, Automated Testing minimizes time taken and maximizes accuracy to provide better deliveries and lower costs. We at Testbytes have the perfect mix of Manual and Automated Testing to provide the best results. There are also a couple of interesting concepts such as ‘TestDrive’ and ‘Develop by Day, Test by Night’ which provide immense value.