A Quick Guide To Load Testing: Why is it Crucial For Your Mobile App?

The app that you are about to launch lately is not just a product. It holds the beacon of your company.

It has been estimated that 26% of the app that has been download from various app stores are uninstalled within an hour itself.

So how do you ensure, that your app does not suffer the same fate?

What better way to test it than performing a load test on your app.

Let’s have a look at it in detail.

Load Testing – What is it?

Load testing process involves artificially creating various load environments for your app, so that the performance of your app will be monitored closely to determine it is stable or not.

How is it Performed?

Check the Parameters and Creating a Work Load Model

First of all there are certain parameters that need to considered before the test begins. They are,

The time in which your app responds to certain inputs

Rate at which the software can send and receive requests

While performing the test it has to be closely monitored that how much load the system is taking while interacting with the app.

A work load model will make sure that the app is being injected with correct load parameters at different point of time.

For better understanding here is the detailed video regarding how to construct a work load model.

The test is basically done in definite intervals, 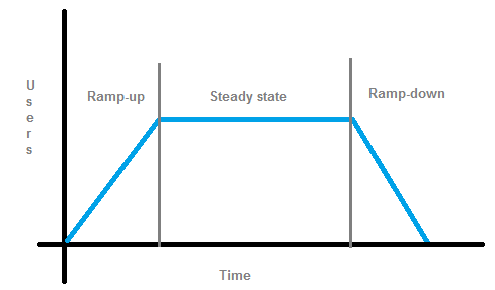 While creating test cases it has to be kept in mind that expected result should have a fail or pass section for marking as it would be useful later.

While creating test cases make sure that,

Slow increase of the load will make sure that the threshold point of the app is marked well.

It is important that the load test is performed in cycles so that each cycle should have a load increment. After each analysis results should be verified and analysed.

Indentifying the hindrance for the good performance of any app application is an art. For effective analysis a well experienced testing engineer or the help of

an established software testing company is required as it requires chart analysis and various other forms of mathematical data interpretation.

The result obtained should be compared to that of respective industrial standard benchmark.

First of all performance of the app should be impeccable and for that to happen these factors has to be perfect.

Challenges That Can Come Up in Performing Load Test