Black Box testing: it’s kind of testing where the tester doesn’t know the architecture of the software he is testing. These tests can either be functional or non-functional. It’s high-level testing that’s meant to test the behavior of the software. 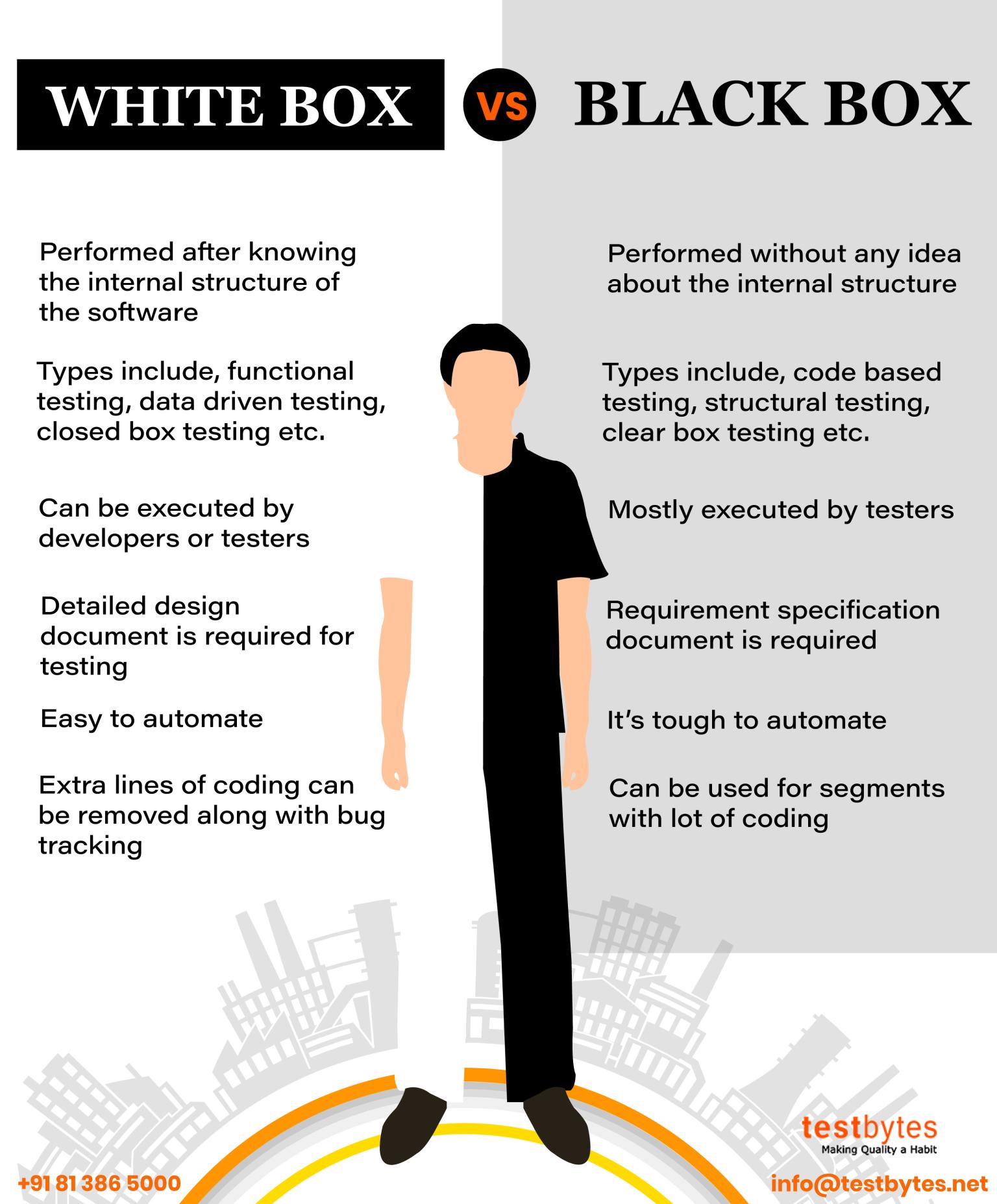