Cyber Attacks on India or any other part of this world is an attempt to destroy or infect computer networks in order to extract or extort money or for other malicious intentions such as procuring necessary information.

Cyber attacks alter computer code, data, or logic via malicious code resulting in troublesome consequences that can compromise the information or data of the organizations to make it available to cybercriminals.

Out of the top 10 most targeted countries by cyber attackers, India ranks fourth and cybersecurity defenders are facing a lot of threats from these cybercriminals. So, Cyber Attacks on India have wreaked havoc.

Wish to know which are the Cyber Attacks on India? Read below

In August 2018, two men from Navi Mumbai were arrested for cybercrime. They were involved in fraudulent activities concerning money transfers from the bank accounts of numerous individuals by getting their SIM card information through illegal means. 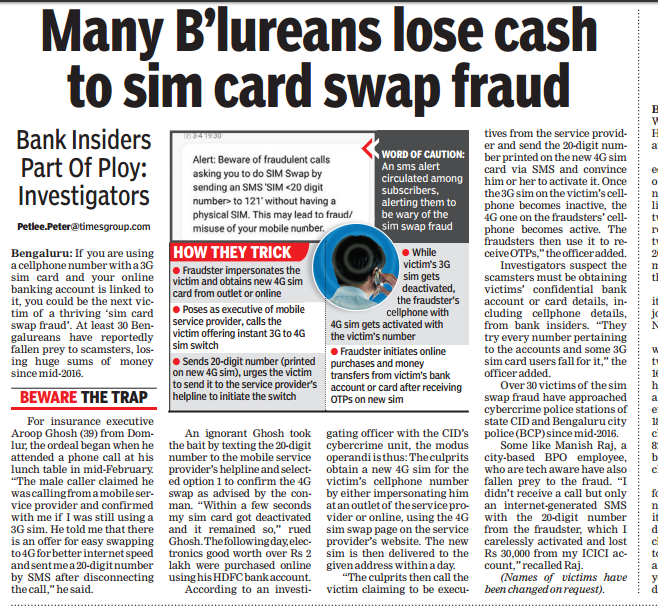 These fraudsters were getting the details of people and were later blocking their SIM Cards with the help of fake documents post which they were carrying out transactions through online banking.

They were accused of transferring 4 crore Indian Rupees effectively from various accounts. They even dared to hack the accounts of a couple of companies.

Fraudsters use the victim’s information in various scams and trick them into fraudulent activities. It is advisable therefore that the site where n individual is entering his banking or other details should be verified for authenticity, as scammer uses the fake site to get the information directly from prospective victims

A daring cyber attack was carried in August 2018 on Cosmos Bank’s Pune branch which saw nearly 94 Crores rupees being siphoned off.

Hackers wiped out money and transferred it to a Hong Kong situated bank by hacking the server of Cosmos Bank. A case was filed by Cosmos bank with Pune cyber cell for the cyber attack. Hackers hacked into the ATM server of the bank and stole details of many visa and rupee debit card owners.

The Malware attack on the switching system raised numerous wrong messages confirming various demands of payment of visa and rupee debit card internationally. The total transactions were 14,000 in numbers with over 450 cards across 28 countries.

On the national level, it has been done through 400 cards and the transactions involved were 2,800. This was the first malware attack in India against the switching system which broke the communication between the payment gateway and the bank.

Prevention: Hardening of the security systems by limiting its functions and performance only to authorized people can be the way forward.

Any unauthorized access to the network should immediately set an alarm to block all the access to the bank’s network. Also, to minimize risk, enabling a two-factor authentication might help.

Through testing, potential vulnerabilities can be fished out and can make the entire digital part of the banking system safe.

In July 2018 fraudsters hacked into Canara bank ATM servers and wiped off almost 20 lakh rupees from different bank accounts. The number of victims was over 50 and it was believed that they were holding the account details of more than 300 ATM users across India.

The hackers used skimming devices on ATMs to steal the information of debit cardholders and made a minimum transaction of INR 10,000 and the maximum of INR 40,000 per account.

Also Know: What is a DDoS attack? How to Stop DDoS Attacks?

On 5 August 2018, two men were arrested in New Delhi who was working with an international gang that uses skimming activities to extract the details of the bank account.

Prevention: Enhancement of the security features in ATM and ATM monitoring systems can prevent any misuse of data.

Another way to prevent fraudulent activity is to minimize the risk of skimming by using lockbox services to receive and transfer money safely.

This uses an encrypted code that is safer than any other payment.

Websites Hacked: Over 22,000 websites were hacked between the months of April 2017 and January 2018. As per the information presented by the Indian Computer Emergency Response Team, over 493 websites were affected by malware propagation including 114 websites run by the government. The attacks were intended to gather information about the services and details of the users in their network.

Prevention: Using a more secure firewall for network and server which can block any unauthorized access from outside the network is perhaps the best idea.

Personal information of individuals is critical for users and cannot be allowed to be taped into by criminals. Thus, monitoring and introducing a proper network including a firewall and security system may help in minimizing the risk of getting hacked.

There were reports about an attack on the Wipro system by major online news portals.  Attack as per reported was a phishing attack and was done by a group through gift card fraud.

Even though the attack was not a massive one, many employees and client accounts were compromised. And the attack became notorious for one of the major Cyber Attacks on India

How to avoid Phishing attacks? 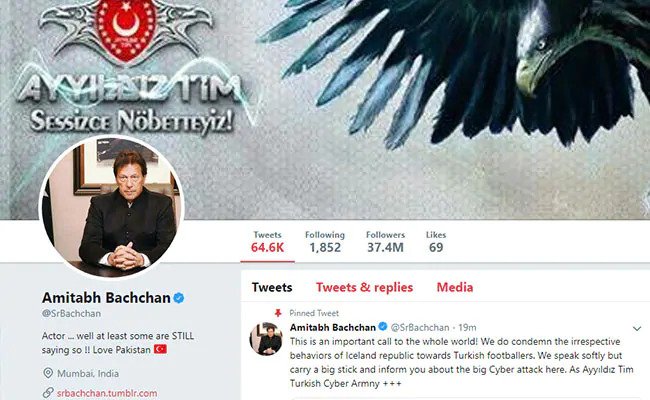 There can be a question that social media profiles are subjected to hacking all the time. But with Amitabh Bachan’s statitude the hack became controversial and was announced as one  of the Cyber Attacks on India

This can happen to big companies also. However, if the news gets out this can be a huge blow to the credibility of any company.

Be it any government-related data; it has to be kept in utmost secrecy. What if it’s exposed? That’s what happened lately when healthcare data of India was left exposed without enough security measures.

This mistake was found out by Bob Diachenko during a regular security audit. He found out that India based IP contained a data pack that’s been left exposed without any security measures.

How to Prevent Database Hacking?

How to prevent Database Hacking? 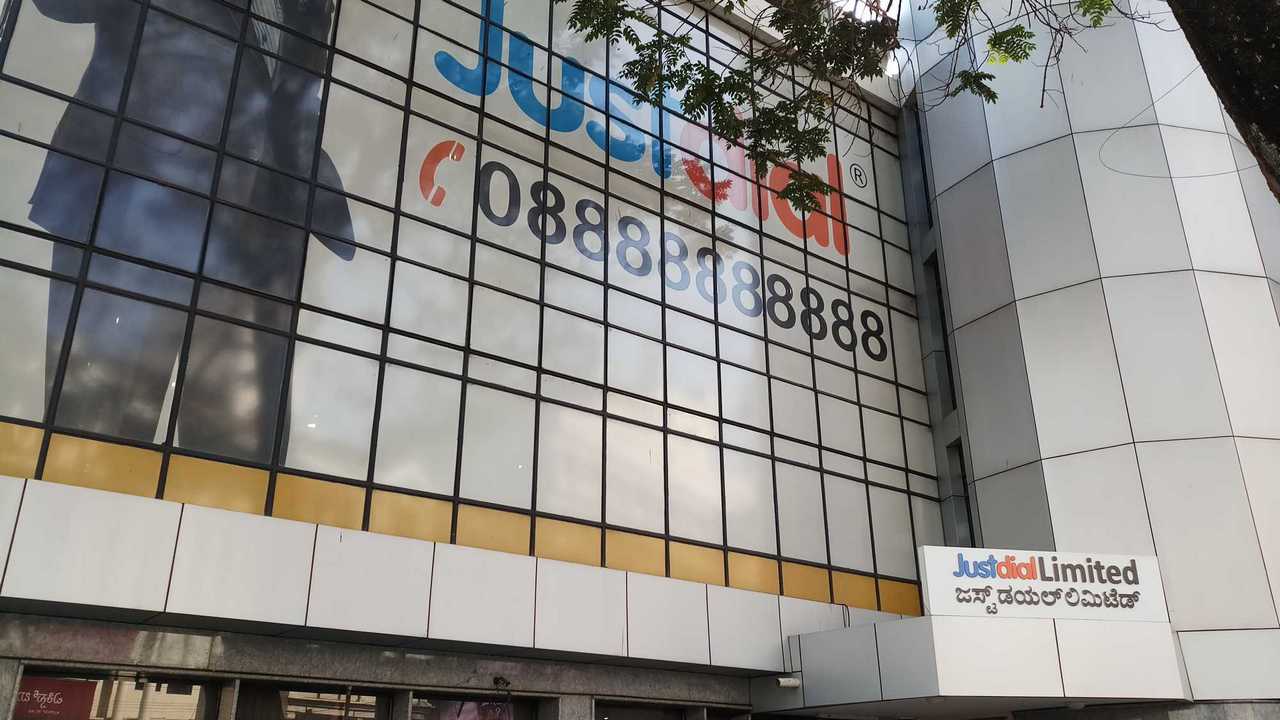 An unprotected API end was the issue in this incident. Justdial one of India’s leading local search platform let a loose end which exposed all of their user data who accessed their services through the web, mobile, and their phone number.

Leaked data includes name, email, number, address gender, etc. the shocking part according to reports is that since 2015 the API has been exposed like this.

How to make your API secure?

Everyone knows that the Adhaar card is the most important and powerful identification document in India. More than a billion of information stored in the government database ready to be processed under high security and regulations.

However,  in 2018 there was a major flaw that risked the huge data pool. According to reports published by major news portals, a small software patch has actually compromised the data security. There was a threat to national security since Adhaar was emerging to be the most powerful.

Talking about the patch it was an inexpensive one but was capable enough to jeopardize the system security. What made the whole situation frightening was that the Adhaar card was linked to the bank account, pan card, mobile number, and many personal information of an Indian citizen.

However, The Unique Identification Authority of India (UIDAI) who is in charge of the data has denied such allegations. But series of news and proofs that came out might beg to differ.

How to keep sensitive data secure?

Another big cyber campaign took place in August 2018, when two Hackers from Navi Mumbai transferred 4 crore rupees from multiple bank accounts. They used the SIM Swap system, illegally gaining access to various individuals SIM cards and illegally stealing their bank details. They used this private information to get into their bank accounts and transfer their money to their bank account. Hackers blocked individuals’ SIM cards and transacted money through online banking. Not even the individuals they tried to hack the details of some of their targeted customers.

Another shocking cyberattack that made everyone alert was done in July 2017. The attack was on one of India’s biggest banks; Union Bank of India. The attack was initiated when an employee opened an email attachment. This email attachment had a malware code. It allowed the hackers to get inside the bank’s system and steal the bank’s data. The email attachment forged a central bank email. The employee overlooked the details and trusted the email, which initiated a malware attack and allowed the hackers to get inside the bank’s data and steal Union Bank’s access codes for the Society for Worldwide Interbank Financial Telecommunication (SWIFT). SWIFT is used for international transactions. The hacker used these codes and transferred  $170 million to a Union Bank account at Citigroup Inc in New York.

Authorities on October 20, 2019, confirmed that the nuclear power station in Kudankulam faced a cyber attack.  The attack was initiated by the North Korean hacker group- Lazarus. This attack was done to get information on thorium-based reactors, an alternative to uranium. Initially, National Power Corporation of India (NPCI) denied the hacking attack news but later they accepted that the hackers had hacked one of their systems. They used a malware named ‘Dtrack’ to get inside the company’s system through a couple of loopholes that persisted in their security systems.

2019 saw another big cyber attack when Israeli spyware Pegasus was used to spy on academicians, lawyers, activists, and journalists in India.

WhatsApp confirmed that NSO Group used Israeli spyware, called Pegasus to get access to the passwords, text messages on messaging apps like WhatsApp.  Pegasus took advantage of loopholes in the servers. It allowed the government spies to hack the details of about 1,400 users. Pegasus allowed to hack and get access to everything on the phones of the user (victims) remotely. Even, WhatsApp announced renovating its security features.

Another very prominent attack was on Facebook and Twitter user data. The personal information of around 419 million users was broken to third parties. The Insecure database allowed the hackers to access the phone numbers, user’s name, gender, and location of around 419 million users that were linked to their Facebook accounts. Though the attack took place around the geographies, it also included the data of many Indian users.

Security Testing and its Significance

Hackers and criminals are getting smarter every day. The countermeasure is to predict their attack and block it in the most effective way possible before any unfortunate events.

For these testing to happen in the most efficient way possible it’s better to have a dedicated testing wing along with software development or hire services from an agency.

Stopping cyber attacks on India to a full extent might not be possible. But measures can be taken to avoid imminent ones and save a lot of money.