But it is not a good idea to automate all type of testing, so be particular in deciding when to automate your test cases and when not.
Which Test Cases should We Automate?
Our main aim is to get a higher ROI. Based on it, here are few test cases you can consider automating

There are a few types of test cases that are better suited for manual testing. So it is better not to automate such test cases.

What are the Common Myths of Automation Testing?
Many myths are linked to software testing. It is important to be well aware of these misconceptions before you kick off your automation testing
Some of the common myths associated with automation testing are:

Automation testing is definitely not a complete replacement of manual testing. There are many unpredicted scenarios that might require human intervention and there are some errors that are better determined by manual testing.

There is another side of the coin where some people believe that everything can be done manually. But there are some scenarios like regression testing where manual testing cannot be effective and might take longer to accomplish the tasks.

It might seem that automating the tests is time-consuming, but if we consider the complete picture, once automated, the automation testing can save us a lot of time.

Automation testing as believed is not an easy-peasy task. Writing test scripts requires knowledge and experience and is definitely not an easy task. But if you compare it with manual testing, it definitely is easier if you know how to write the test cases.

To much automation testing is only meant for regression testing. But the fact is that it covers many other areas like performance, product setup, security, compatibility, and many others.

Automation testing is a long term process and expecting immediate returns on your automation investments is a huge mistake. You have to be very patient to start getting a positive ROI.

Don’t be in a hurry to create the complete test suits all at once. Follow the project’s workflow and automate only what is required.

Prioritize your work. Spend more time on test cases for the functions that are more crucial the simple and less important ones.

Using an expert hand for your automation testing requirements can promise you greater benefits.
The Don’ts of Test Automation

Don’t be in a haste to automate your test cases. Give your project a little time and understand the scope of automation for your project.

Automating everything is not a good idea. Manual testing holds a very important place in software testing and is capable of finding the most unexpected defects at time.

Don’t just automate everything; it could be simply a waste of time and money.

Don’t ever think your work of automation testing is done. Keep a track of developments in the project and don’t miss to add test cases for them.
How to automate Test Cases?
Automating test cases follows a predefined process. Here are the basic steps to follow while automating your test cases.

Test Tool we select is largely dependent on the technology your application is built on. It’s a good idea to conduct a Proof of Concept of Tool on Application Under Test.

The scope is the part of your Application that has:

This phase is all about automation, strategy, design, and development. Your automation planning and design should include the below-given points: 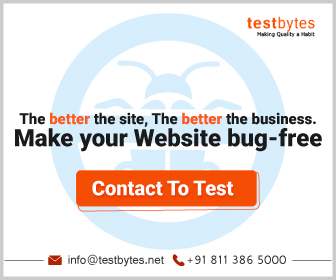 Finally, it’s time to execute the test cases. In this phase, input test data are set to run and after execution, the test report is produced. You can directly execute test cases through automation tools or through test management tools that further invoke the automation tools.

These are the various methods that you can deploy to automate your software testing. Let us now learn in detail about the most important one – Framework for Automation
A Set of automation guidelines, modularity, project hierarchies, concepts, coding standards, reporting mechanism, practices, processes, test data injections, etc. are predefined to help execute automation testing effectively.  You can use these guidelines while automating test cases to get effective results.
What are the advantages of Test Automation Framework?

There are five types of frameworks used in automation software testing:

What are the Automation Testing Best Practices?
The below given best practices can help you increase your ROI and to get the best result from your automation testing:

What are the Advantages of Automation Testing?
Automation testing has many advantages and it is a good idea to consider it for your testing whenever required.

Can We trust all Testers for our Automation Testing needs?
With time automation testing has become very simple and a manual tester can easily accomplish it if he has a good business.
Any tester can execute expert’s created test automation scripts.
But there is another side of the coin, there are different skill sets that require more technical knowledge which is not easy to be learned by a manual tester overnight.
Today a test automation expert is expected to design an overall automation strategy for the entire product.
They require knowledge to select the right set of tools for every stage and give a cost-effective and unified integration strategy.
Automation testers are also expected to develop functions that can reduce manual testing and test data generation work.
Hope you would have found this article informative!