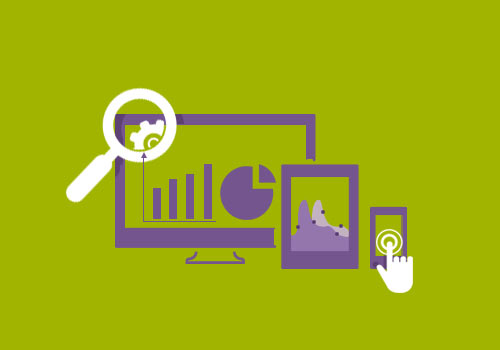 People consider Usability Testing to be a costly, complicated affair that consumes a lot of time. Well, that is not the case. Testing for applications, apps, and interfaces are actually quite simple if you go the right way. It will help you make numerous changes to ensure your users are happy with the end product. You can easily formulate a DIY Mobile App Testing process that is affordable, effective, simple, and fast at the same time.

Usability Performance Testing made Simple
Here are 8 ways by which you can make way for easy DIY Usability Testing:

You can set up a testing area anywhere in your firm. Use a single email to list out the results of the process, use bullet points to point out the issues found, and keep it simple. You are testing a small number of people, so there is no need of collecting the statistics. Do not go for big reports with all kinds of details, both necessary and unnecessary ones.

It is a common mistake to wait until the whole development process is complete to start the testing process. Spending money on testing at the early stages is not considered as an option by many. This makes it too late to be able to fix the relevant issues. If you start testing early, you could find bugs and ensure they are fixed before you go deeper into the development process. These tests are quite short, but help you considerably in the long run.

Read Also:  Top 5 Software Testing Trends to Look Out For in 2015

Do not test too many users at once. The ideal number of people to test an app is considered to be three. It is an optimum number which will help you find more problems than the resources you have to be able to fix the issues immediately. In order to get serious problems, you do not need too many users for testing.

Setting up a fixed date for testing every month is a good idea. This ensures that regular testing is done on whatever you are developing, even if much progress had been made or not. Bring in three people on a fixed date and let them test your application. This helps you schedule your tasks, make recruiting easy, and organize the whole process. Since you can already plan things ahead, there will be no interference to the development process due to testing. You can stick to milestones and need not wait for last moment feedback from the Software Tester.

It is important to categorize the issues found after testing. You are bound to get a huge number of bugs or fixes required. This number may even overtake the number of resources you have to be able to fix them. As such, it is important to select the most important issues from the list and work on fixing them. Some of the issues may not even matter much as far as the functionality is concerned, and you can omit them for the next release.

The idea is to keep your users talking, and hear them as they think out loud. It often works like a therapy for the developers to work with the users. It gives them a deep insight about how users think, and their wavelength while using your application. This feedback is literally Software Performance Testing.

Limit the number of testers to just three. But, be open to suggestions and feedback from everyone in your organization. Have sessions to make your application open for discussions by all. This can help you get various ideas, which can be highly creative and useful. It is very powerful if a number of minds come together to discuss a particular case. Have informal discussions at the table, and pick up whatever you find useful. Utilize them in the best way possible.

You may also like:  Developers Vs Testers Ratio In The Indian Job Market Shows A Worrying Trend!

Problems should be fixed in the easiest way possible. Always stick to tweaking, and never go for redesigning. Make the simplest change you could do to solve the issue instead of trying your hand at maintaining perfection. Do only the least you could do. Redesigning consumes a lot of time and effort. In turn, tweaking is more cost effective and faster. Large changes take much longer, and could even break things elsewhere. Taking such risks is absolutely not worth the effort.

Mobile App Testing Services help you bring the best out of your App by picking out bugs and making it the best in all possible ways. The main idea is to make your end users happy, and through usability testing, you can know how exactly this can be done.